“The unique and delicious dishes these talented individuals provide at their restaurants are a perfect sampling of the diverse culinary offerings found throughout South Carolina,” said Governor Haley. “I’m thrilled and honored to call these chefs our 2016 South Carolina Chef Ambassadors.”

The Chef Ambassador program recognizes chefs from the upcountry to the coast who embody the best of South Carolina’s food scene, both in the quality of their provisions, as well as their dedication to using healthy, locally-grown ingredients.

“This initiative showcases South Carolina’s wealth of agricultural resources,” said South Carolina’s Commissioner of Agriculture, Hugh Weathers. “These chefs, and many others, strive to consistently incorporate the state’s vast produce offerings into their menus – which is wonderful to see and taste.”

Throughout the year, the chef ambassadors will participate in a number of culinary and tourism specific events across the Southeast, hosting cooking demonstrations, conducting educational seminars and discussing the offerings found in the cities in which their establishments are based.

“Representing fantastic parts of our great state, this program allows these chefs to put a unique spotlight on not only their culinary talents, but the place in South Carolina in which they live, work and play,” said Duane Parrish, executive director of the South Carolina Department of Parks, Recreation & Tourism. “We encourage visitors and locals alike to make the trip and dine in each of these top-notch restaurants. You won’t be disappointed!”

Chef Teryi Youngblood
Chef Teryi Youngblood was named Chef de Cuisine of Passerelle Bistro when the restaurant opened in June 2013. With a menu full of French-inspired dishes, using the purest and freshest ingredients, Chef Youngblood does not believe in complicated food. Believing cooking should speak for itself, and the food should taste like what it is, she implements this thinking into her menu daily.

Chef Ramone Dickerson
The stuffed chicken wings created by Chef Ramone Dickerson and his business partner, Corey Simmons, landed a reality TV show on the Oprah Winfrey Network last year called Wingmen. Dickerson owns Wing City restaurant and the 2 Fat to Fly food truck, both in Columbia, where their unique approach to stuffing chicken wings with collard greens and rice, macaroni and cheese, jalepeno / bacon and cheddar, has generated a flock of fans. They also appeared on the Steve Harvey Show earlier this year.

Chef Forrest Parker
From Opryland to the Lowcountry, South Carolina native Chef Forrest Parker joined the Hall Management Group team of acclaimed chefs in 2012. He leads the culinary team at the Old Village Post House Inn. Charleston-educated and trained, Parker includes Southern ingredients and elements in his cooking throughout his career.

Chef Orchid Paulmeier
Chef Paulmeier was a contestant in the seventh season of the hit show, The Next Food Network Star. She opened One Hot Mama’s on Hilton Head Island in 2007. Blending time-tested Southern favorites like collards, cornbread and slow-cooked barbecue and ribs with her own homespun recipes, One Hot Mama’s serves up “comfort food with a kick.” 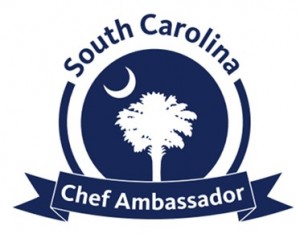