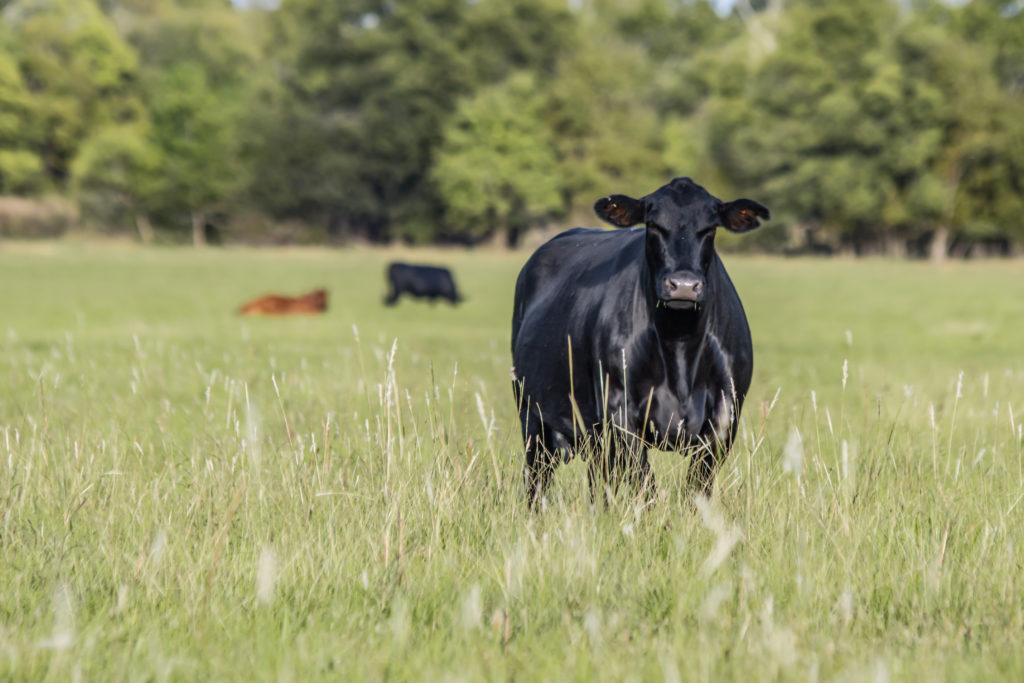 This story appears in the June 4, 2020 issue of the South Carolina Market Bulletin.

Every June, South Carolina observes Beef Month – and it’s safe to say this year’s Beef Month is like no other.

The COVID-19 pandemic has rattled the meat world, with outbreaks temporarily shuttering large processing plants elsewhere in the country. To curb the spread of the virus, many states temporarily closed schools and restaurants, altering the wholesale landscape. Retail beef prices have gone up, and some supermarkets are limiting how much meat consumers can buy. Meanwhile, cattle prices at auction dropped. An April study commissioned by the National Cattlemen’s Beef Association estimated that the pandemic would cause $13.6 billion in losses to cattle producers in the United States.

However, the situation is already showing signs of improving, says Darren Carter, chairman of the South Carolina Beef Council, as well as a producer and a cattle auctioneer. He says prices at auction have risen since their late March and April lows.

South Carolina producers may fare better than those in other states simply because of the calendar: In this region, calves are born in the winter and sold around August and September. In Western states, says Carter, the schedule is the opposite, so producers there have been hit harder by bad prices.

“A huge majority of our producers that are on a schedule should have avoided the worst of this because they normally have not sold calves around this time of year,” Carter says. “It’s like people always say about the stock market: You don’t lose until you sell.”

“My calves are almost ready to wean now, so I’m starting to make plans – I haven’t sold anything all spring,” he adds.

For smaller producers that sell their own beef – and often have cattle processed year-round – the story is a bit different. Palmetto State farmers of all types have adjusted their business model in response to the pandemic, trying to replace lost wholesale business with direct-to-consumer sales – and beef producers are no different.

Colleen Snow and her husband Donald run Providence Farm in the Upstate, raising cattle as well as chickens and hogs. Since the pandemic response began, she says, their business has shifted dramatically: It was 90% wholesale and 10% retail, and is now 90% retail and 10% wholesale.

“And honestly we are able to make a better profit margin this way,” Snow says. “We will probably keep a few restaurant relationships because we just love those people and believe in what they do, but for the most part, our heart is to serve our community here in Anderson.”

Snow adds that the pandemic highlights the need for more support for small local processors.

“Lack of facilities and an increase in demand for food has overwhelmed our processors in a major way,” she says.

Carter says the pandemic is shining a bright light on large-scale processing, too.

“It has really accelerated the conversation about the profit margin of the packers. There’s always been unrest, but it’s really gained some momentum,” he says.

In the meantime, the USDA’s Coronavirus Food Assistance Program, or CFAP, started taking applications last week. The direct payments should help cattle producers who qualify regain some of their losses.