COLUMBIA – South Carolina Advocates for Agriculture named two Advocates of the Year for 2021 in honor of their service to the state’s agriculture industry.

The 13th Advocates of the Year Recognition Reception was held Tuesday, Aug. 17, at the Phillips Market Center at the South Carolina State Farmers Market in West Columbia.

Brittney Miller, owner of Columbia-based Manchester Farms, was honored for her longstanding commitment to agriculture. As the second-generation owner and operator of the nation’s oldest quail farm, Miller is a strong voice for the poultry industry and for agribusiness more broadly.

“For agribusiness to remain South Carolina’s largest industry, we need respected leaders to give farmers a voice at the highest levels,” said Commissioner of Agriculture Hugh Weathers, who serves as an advisor to the Advocates for Agriculture board. “I’m so appreciative of the work that people like Rep. Smith and Brittney Miller do on our behalf.” 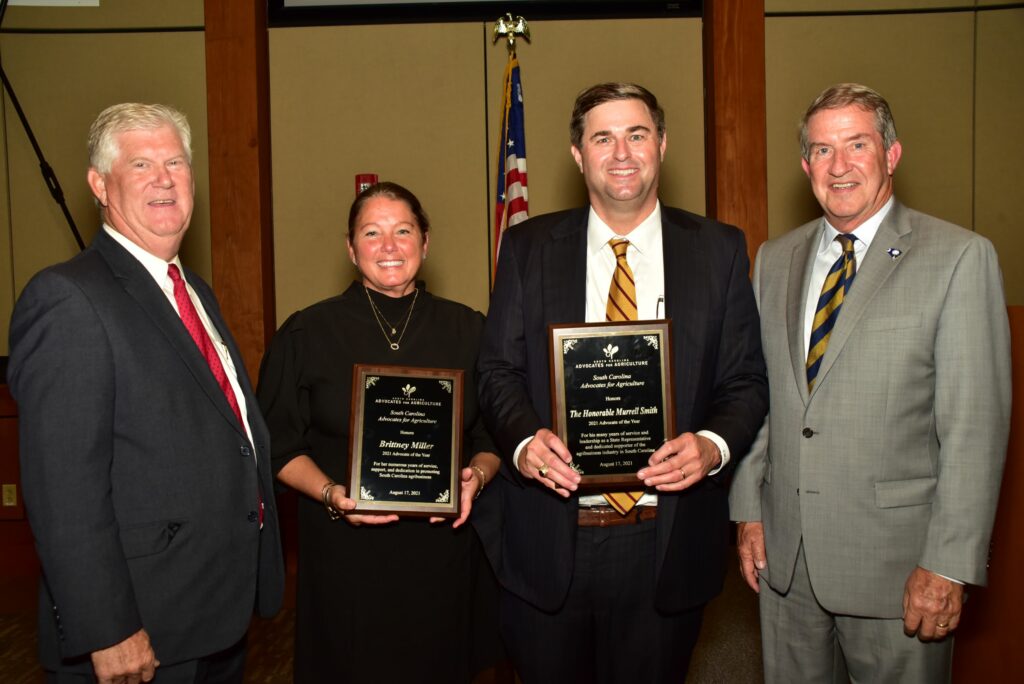